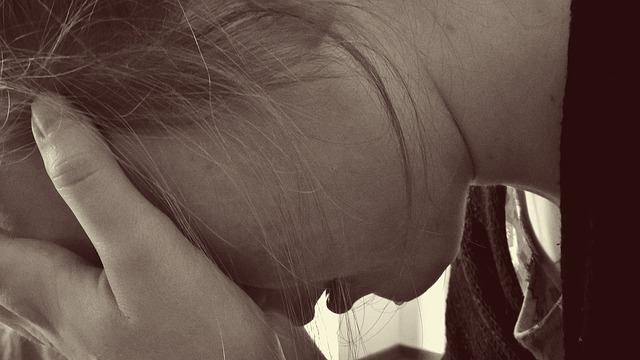 As I pulled up to the stop light I looked instinctively behind me in my mirror, there in the car was a pretty young woman gazing into her review mirror too – only it wasn’t to look behind, it was to look at her own image.

I giggled for a moment as she moved a piece of hair, opened her mouth looking at her teeth, and then used a fingernail to wipe the corner of her upper lip, I assume to remove some wanton smear of lipstick.

It wouldn’t have been so long ago that my laughter would have been sarcastic – demeaning thoughts would have run rampant through my brain as to how her unrepentant ego was controlling her every move. Those were the times when I found fault in all others; it was so much easier to be right than to see my own faults.

Now I enjoyed the thought as it reminded me of a million times I looked into a mirror, gazed at a window or peered at pond looking to see how others would see me. But there in my car I realized I will never see myself I will only ever see a reflection.
~
Upon returning home with my mind fertile in thought I headed out to walk and see a friend. It has been several weeks since I wound my way down that crooked lane to see Alice.

She has had school this year so our chance encounters are fewer. It is cool and rainy here today so as I approached her house and there was no sign of her. I hovered about the fence to her home, being inconspicuously conspicuous until by chance her mother saw me through a window.

She waved, somewhat anxiously and I waited as she came to the door and down the steps to greet me.

“Johnson” she said, it hasn’t been a good few days.

What followed was an explanation that the insults my sweet dance partner endured at the beginning of school this year have persisted, and my Alice isn’t herself.

I said perhaps I was intruding and should leave, but her mother took my arm and said no, I must come in.

As I entered their home she called out to Alice and said “come see who is here”.

There are no more desperate moments than when you see an Angel in despair, I wanted to go hold her and say its okay I’ll get those bad people. But somehow I knew I just needed to listen.

“Can I just stay and sit a while” I replied.

Her shoulders shrugged in defeat, not to me but perhaps the situation as she just said “okay”.

We sat quietly for a long time as sometimes there is nothing to say and just moments to be shared, so I was there sharing with my very good friend.

After a while we talked about little things, softly and slowly as her mother brought Hot Chocolate and tea biscuits with sweet berry jam.

After we ate Alice asked me to read to her, and she gave me a book her mother has been reading – Harry Potter. Alice and I sat back on a large comfy chair as I picked up where the bookmark was.

I had been reading for a few minutes with her mother coming in and out of the room listening too.
~
“I DON’T CARE!” Harry yelled at them, snatching up a lunascope and throwing it into the fireplace. “I’VE HAD ENOUGH, I’VE SEEN ENOUGH, I WANT OUT, I WANT IT TO END, I DON’T CARE ANYMORE!”

“You do care,” said Dumbledore. He had not flinched or made a single move to stop Harry demolishing his office. His expression was calm, almost detached. “You care so much you feel as though you will bleed to death with the pain of it.”
~

As I read that last word, I stopped, not to end the reading but to take all in. That passage took my breath as I realized I have known that moment from a thousand times in my life. Alice’s mother was leaning against the wall, the moment also fresh with her – and as we looked down at Alice we saw tears.

“I want it to end too Johnson” she said with a trembling voice “why do they do it Johnson – why?”

What could I say but the truth.

“I have been the mean one in my life Alice” I said as she looked at me with surprise. “I have been the one to say awful things, and not a day goes by now that I don’t regret it”.

I continued “I don’t know why those children do it, but I do know I said all the bad things I did, because I was scared how bad I was. I was scared Alice I was so scared.”

It took her a moment before she asked me “Are they scared Johnson?” – “I think so Alice” I replied.

Sometimes simple lessons are enough – for all of us. Alice’s mood changed, not dramatically but she snuggled in for a bit and held my arm and said the wisest of words to me “I will forgive them Johnson, even if they can’t hear me”.

We sat for a long time today, two good friends sharing good words and good company. Eventually I had to leave and as I left Alice asked me to come back and dance another day. I will I am drawn here.

As I walked home I passed the shops on the main street and looked at my reflection, at first I saw the graying hair and the deep lines in my face – but then I stopped and saw my eyes and in an instant the reflection of an aging man I didn’t like faded – and I was just there with me again. It wasn’t so much that I liked what I saw, I just liked what I felt about the person standing before me.