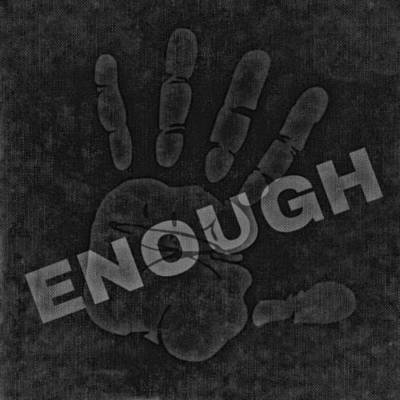 I have made bold statements in the past – used glorious words to decry ugly deeds believing maybe I was making a difference. Evil passing by again unnoticed, doing it’s dirty deed and all I would do was write.

Today was different – today when a man I know deferred to racism as a norm I moved to action.

It started it seems as all ugly conversations start these days with politics and then quickly to immigration. Some people are slightly shy to admit to their hate, but when hate is spoken loudly and boldly by others they nod their heads knowingly in agreement – it appears that venom against those that are different has lots of company.

At first I started my defense against ludicrous ideas that borders should be closed to people simply based on the God they choose to follow – but then the bloodied sword of an angry racist protagonist struck with force as he said “Those people shouldn’t be allowed here – those people don’t fit in with our culture”.

It happened while I was playing Golf, and one hole later filled with rage I walked off the course. In the past I would have left in silence only later would I mildly explain the reasons why, but here today I took a stand and said “I will not play with you – your words and you are racist.”

As is the case with most bigots he did not look me in the eye as he attempted to tell me I was foolish for believing such a thing.

I do not know where to start or end on his statements, and I was ready as I began to write to argue the points. But the point is when any group is addressed as “Those People” the gulf between right and wrong is too wide to even contemplate a bridge or a debate.

I have come to believe that there is no debate any more – those that hate arm themselves with rumor and innuendo, made up statistics and false news stories – and when shown they are wrong justify it by saying “Well it should be true – look at what Those People do”.

The haters claim they are trying to protect our culture, which now is a culture that has turned its back on Aleppo in Syria, where today forces that back the brutal regime of Assad continued its bombing. Officially 19 civilians died, more are buried beneath rubble unseen and unfound. It’s mostly women and children who are killed as collateral.

The rebels fighting against Assad had asked for a cease fire so the innocent could escape the carnage – brutality’s only master is destruction and death, so the bombs rained down again.

We had our chance to save some and allow war torn refugees in to our countries, give them homes and safety but “Those People” are not allowed because they are Muslim and supposedly don’t fit into our culture.

I will no longer just write about injustice, I will take my stand now. In the face of racism I will call those out who use it as an opinion, those who normalize hatred. I will say enough is enough, and begin the process of marginalizing racists.

Perhaps if they have no audience then they might begin to hear themselves, find a heart and hopefully discover compassion and empathy.

I have come to realize that hate looks like everyone else, until it speaks. And today I listen to it no more.