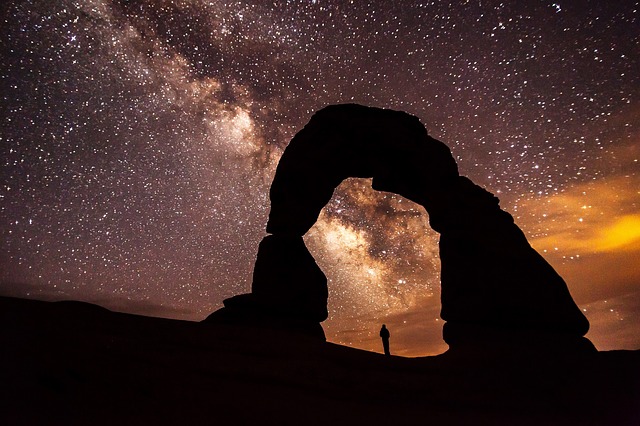 As a child I loved to lie out in the open air at night and simply look up.

A mind unleashed is a wonderful thing – it allowed me to see that which was not visible. I saw stars I believed were blinking back at me, warming planets that I knew must contain another little boy who was also looking deep into space – wondering where I was, wondering which star warmed me.

We shared thoughts of what could be, what great mysteries we would unravel, and what great quests we would go on.

As the years gathered together I realized I was no longer young. It became easier to recognize my age because instead of gazing up I was now looking down, trying to avoid the cracks in the sidewalk that I believed where there to sabotage my journey.

I became a cautionary tale, and I no longer looked for stars.

My life became so small, with tiny dreams that had achievable goals, set out with schedules and tasks. I started to see that the little boy that looked back from the distant galaxy had closed his eyes too, and I was alone.

It took me facing death to make me gaze again towards the heavens, even though I didn’t know what I was looking for. In despair and fear I prayed to a God I never really believed existed and hoped for saving.

When that didn’t work I started to look for that little boy again. In that I discovered redemption never came when I pleaded and prayed – it snuck up on me when I least expected it. It came in those gentle little moments when I gave like a child – because it felt right.

I then began to see how that little boy was still looking at me after all these years. Like me he had wondered where I had gone. He asked why I had stopped dreaming of great big things. When had I stopped believing anything was possible and probable if I just reached for it.

I am so tired of being old – I think I will just be young again.

Tonight I will lie out in the open air, and look for my friends star to blink back at me.