The Death of Antonio 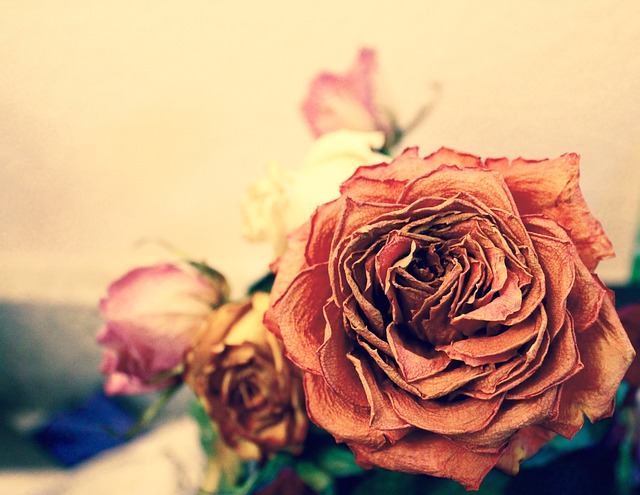 I don’t like dusk I never have – it is where there is no escape from the ending of the day and the oncoming of darkness.

It was late in the day last month when I sat beside a bed holding the hand of my friend Antonio when he turned to me and said “I will miss you” his breath was short and strained – I had no words as he lay his head back against the pillow and closed his eyes. It would be the last thing he would ever say to me.

His sister Anna sat across from me, she held his other hand, and had rested her free arm across his chest. We looked at each other and slowly tears escaped us.

It was the first time I have held the hand of someone as they died. This was not a role I volunteered for it was just something I did.

I met Antonio 4 years ago in radiation treatment, he entered with a panache that could not be missed – he was flamboyant and theatrical.

In the closely knit quarters of the waiting room I always found a seat away from others, which meant there were always empty chairs around me and this is how I met Antonio. It was his first day there and my 6th, we exchanged a few brief words. We came and went that week, each day sharing a few more words with a little bit more familiarity.

I don’t think ice is broken when friendships are made, I think it happens when the ice on both sides melts and the water flows together and warms us.

Over time our brief exchanges became animated discussions on anything and everything. On occasion we would go get tea after treatment and sit and talk some more. He said coffee was far too bourgeois for our high level discussions, and then he would laugh the way he did with that cheeky grin.

He told me of his first passion, he described his first triumph and he shared with me intimate details of how his heart was broken when his best friend turned on him when he discovered he was gay. His only regret he said, was never making peace with his parents who came from a religious background and could never reconcile with his choice as they called it – to be gay. They had died years ago before any acceptance could be made.

Over the next weeks, months and years we stayed connected, mostly by telephone, occasionally in person, but always by the bonds of truth and empathy.

He lived my nightmare as his cancer came back and in an act of total bravery he cried openly about his fears. It was that day I made a promise, not to him but to myself – to be there when he needed me. As I look back over my life and measure the deficiencies of my being, I have discovered my worst enemy has always been me, the vast majority of promises I have broken, were to myself.

The second time around cancer is often less forgiving but as the Chemo took his hair his humor got stronger. He told me now he had no reason not to become a drag queen as he could now get fabulous wigs. We laughed so hard it hurt, and then we just sat and drank in the enormity of the moment.

Later, in another moment like so many moments I have faced in my life I wondered what I was doing. I wondered how I had gotten myself into this predicament of being so close to his death. It was like when I had been at the top of the first hill on a roller coaster, looking down and wishing I hadn’t got on. Truth be told I closed my eyes on the roller coaster and simply hung on until the end. Here in this moment, I was unable to close my eyes while not wanting the ride to start or end.

Antonio battled harder than I think I ever could have, he refused to go lightly. He used to tell me he kept going by preparing himself at the start of each day to live the best he could, a little exercise some meditation and finding the best outfit he could for each new day. As it happens sometimes even the bravest and best dressed warriors, can’t win the battle and so he started to plan for his final exit.

I have no idea why he asked me to be at his hospice at the end, perhaps because of the way we met – we had no pretense no image to protect – we were just wounded together.

Movies don’t do the final farewell justice – his words to me were not his last moments. He labored in pain until it seemed to subside – and then he slipped away.

He died on Tuesday and on a Friday he was cremated, his many friends and I said farewell at a close ceremony as his ashes were scattered.

I am not here sharing this to receive your condolences, I am here because it seems I can only get clarity in life when I sit and write – it is when my truth wins.

I am here because when pen meets paper I am able to see the gifts in life, and Antonio gave me so many. He showed me how great lives are lead one verb at a time – that inside every man is a little camp – and that our final words are not what counts. It is not his final words “I will miss you” that now ring in my head, but instead the culmination of what we shared in our short time. After all truth is not the words we say it is the promises that we keep.